Here's a thot experiment...if you did a poll of the female kaffirs at the concert in Manchester, how many would support #RefugeesWelcome? I'm guessing at least 90 percent. What would be the result now, after the multicultural experience? I'm guessing two thirds, minimum.

I'm thinking the only way to get through to the average person is to start calling them Islamophobic when they complain about terrorism.

"It's terrible what happened in Manchester, just awful #westandtogether"

"What are you, some kind of Islamophobe? You can't stop people from expressing their faith in public" 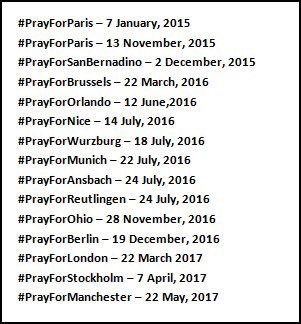 Here is the thing. If it's true that the deep state allows or encourages or even makes some of these things happen - and I absolutely believe that is the case, since governments always love terrorism - it could still be prevented by not having Islam in your country. This kind of thing is routine in Muslim countries. It really is part of their culture. Their faith and holy book demands it.

Aangirfan post
- "The purpose of Operation Gladio attacks, like the one in Manchester, is to get people scared so that they will vote for politicians who work for the Deep State."

I would suggest that Theresa is on course for a comfortable election win and the Conservatives don't need extra help. If anything, it's normal in British politics for the media to bat for the party who is losing heavily in this situation (Labour), in order to make the election closer. (Close elections are dramatic and encourage participation; are easy to rig, and make people feel like they actually have a say.)

Although you could say that Corbyn is an outsider, some of his traditional voters are switching sides this one time because of Brexit (on which Corbyn took no stance). I live in Brexit voting, hardcore Labour country and the usual hostility to 'Tories' is not there, except on the issue of austerity/welfare cuts. They will win comfortably and I don't believe it was ever in question enough to justify the narrative presented above. Corbyn is a weak leader personality wise, and people are shallow. 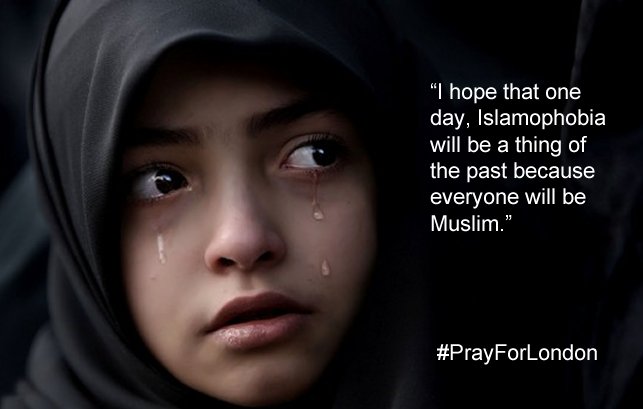 Hopefully this evildoer will be brought to justice, and appropriate limbs amputated, insha'allah.

In other news, there is no UKIP candidate where I live, so I won't vote in the general election. Our insane election system means this is a certain Labour seat anyway, so my vote would count for nothing regardless. May as well write in Charles Martel.
by Unknown at 07:26:00